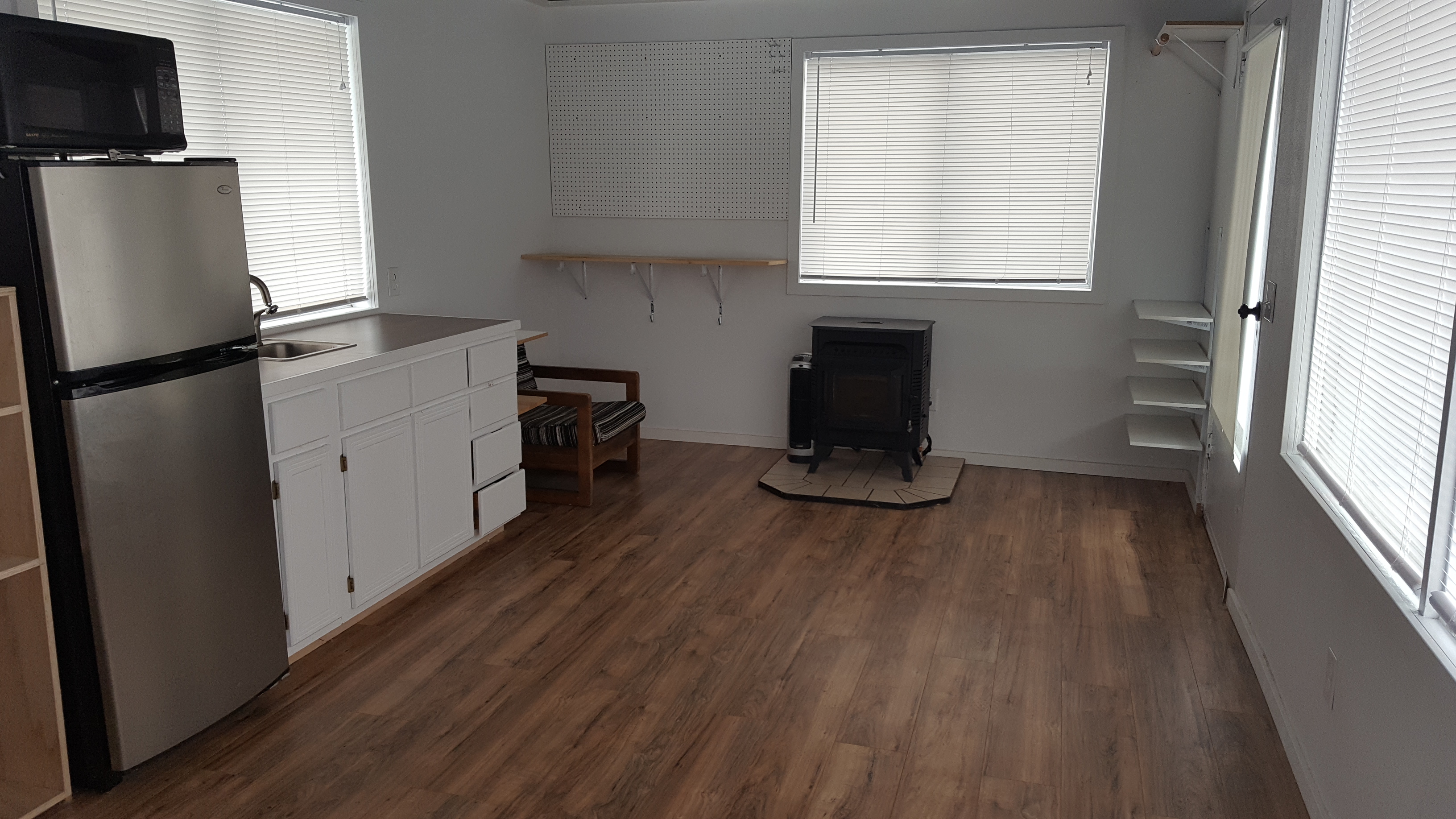 Last time I moved into a van I feel like there was more planning, more projects, more everything, before I headed out. Today I left the tiny house I helped to build a little over a year ago. In a whirlwind of packing and ultimately just throwing things in a box and saying I would figure it out in the coming days, I rushed out of Terrebonne in hopes of missing the snow storm that was fast approaching.

As I sit here in Portland, van packed to the walls with stuff to likely leave at my Dad’s house (my construction tools are not coming with me on this trip), I am left to contemplate my last year and what it has meant to me. Due to less than amazing weather on the drive here, I spent most of my drive time thinking about how not to slide off the road in the middle of nowhere.

In the summer of 2015 my Sister asked if I would be interested in moving out to their property in Terrebonne Oregon to help them build a tiny house out of the shack like structure on their property. Seeing as how I was looking for a good reason to leave Portland, and my affinity for tiny homes, I thought it was the perfect launching board I needed to get out of town and eventually out of the state.

I moved out there sometime in October and would spend the next couple months whittling away at the long list of projects the shed needed. This included re-wrapping with vapor barrier, adding a window, new siding and trim, and then the inside got  plumbing, outlets, insulation, sheetrock, and on and on.  It was a couple months before the 240 square foot palace was ready for living in. But once done, man was it great to sleep the first night in there.

The house, while the main attraction to moving down there, was ultimately not the best part. Sure, the easy access to Smith Rock was amazing, and my trail running was brought to a whole new level, but in the end what I think I will miss most is the time I spent with my sister. This past year gave me the opportunity to get form a friendship and closeness with my sister that hadn’t existed before. We were family, and we were friends, but I had never gotten to know her and hang out with her the way I got to this past year and I am so thankful for that.

When I came to Terrebonne I had seen it as an easier place to leave than Portland (my home for the previous 10 years). In the end leaving was just as difficult. Like Portland, I felt like I had made strong friendships and then due to my need to wander, had to leave them behind and hit the road. I know in the end, or at least I am hopeful, that there are a lot of great times ahead. This new adventure is now officially underway – I am homeless, or as I like to think of it, homefree.