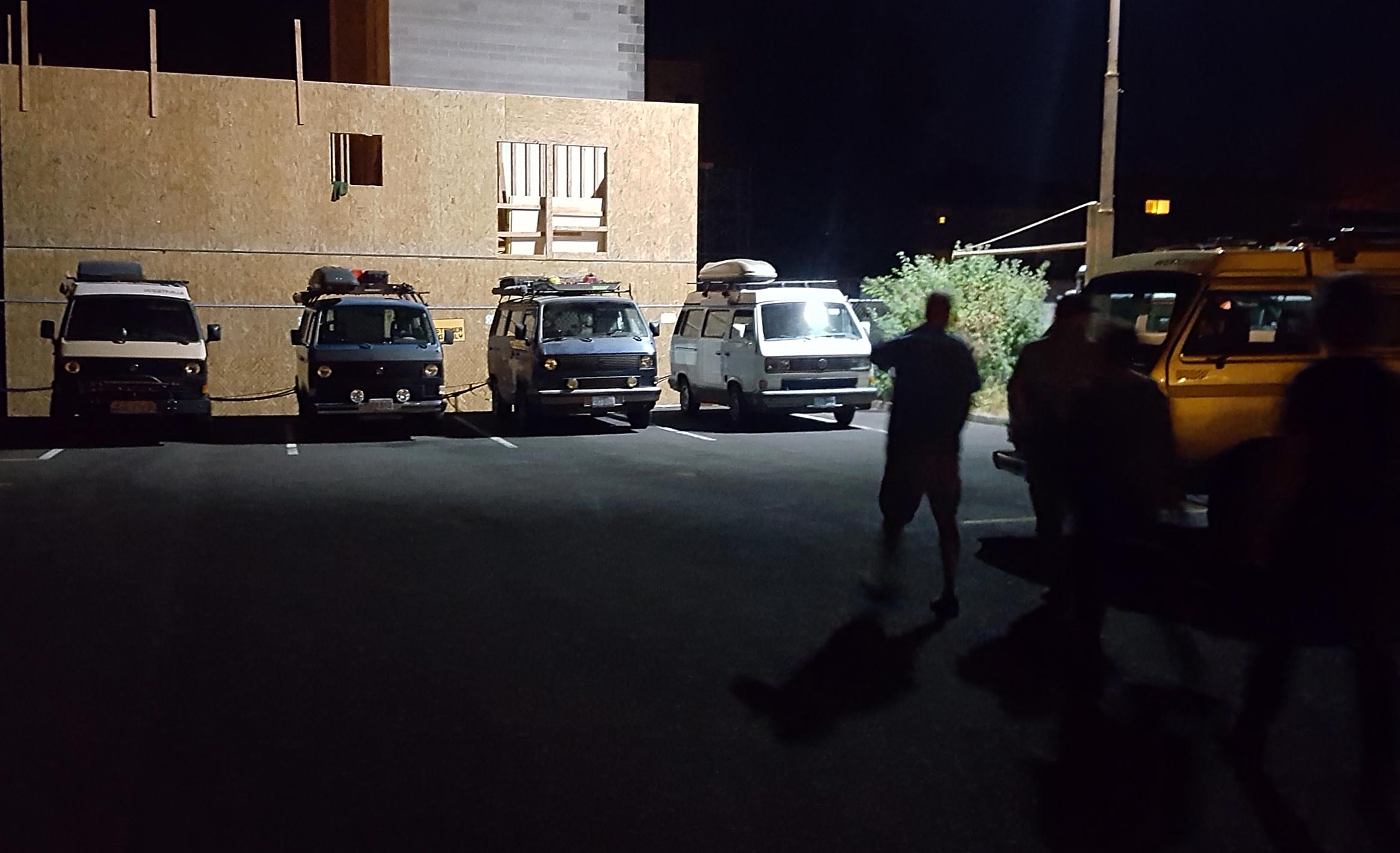 Last night, prompted by a recent engine failure and subsequent upgrade, Damon of NRWSTR put together a beer and vans get together here in Portland. In just a matter of day or two, we came out of the woodwork and descended upon HUB brewing – rolling in deep with about 8 vans and one Sunrader (bound.for.nowhere‘s new rig.) While hanging out with these folks, it reminded me of how small and amazing this community is. Here are two quick stories demonstrating this.

I met Mak and Owen back in April down in California. I had spent a bit over a month in Southern California when I ran into my friend Amy (iwanderwild) in San Louis Obispo. She convinced me to come hang out with her and manage her tent back south in San Juan Capistrano. I agreed, but I had also already made plans with Scott (questythewesty) back up in Monterey for a Vanagon campout – I was not going to miss that. It was there that I met Mak and Owen, as well as a handful of other Vanagon owners.  Now, months later, here they are in Portland for a short but while working out some specifics of their life on the road and transferring over to a new rig. From randomly meeting at a campsite in the hills of California to beers here in Portland months later with no contact between us about doing so.

Also while in California I spent a handful of nights at GoWesty, sleeping in their parking lot and showering in their public bathroom. It was in this parking lot that I got a chance to meet and hang out with Gregor and Janice (live.travel.play) and Aidan (aidan.tif). While chatting with Aidan one night about his engine woes, I mentioned some folks I had met back in 2012, while living in a different Vanagon and traveling the US, that were working with some similar Japanese Subaru diesel motor. He knew exactly who I was talking about and went on to tell me about his travels with them in South America. In 2012 when I met them, they were still building their Syncro Westfalia, and the plan of Patagonia was out there in the future, a dream yet to come to fruition. I had wondered over the years if they ever made the trip; so to randomly find myself in Aiden’s van hearing about his travels with them, it had come full circle.

There is one more story, about my last van and how it got bought and driven from the East coast, sold to a surfer, who I bought it from, and then subsequently sold back to the owner that brought it from back East. All of which happening from finding a picture of my van on Yahoo photos from years prior and emailing that account; a story for another time.

Long story short, the Vanagon community is a fantastic one that continues to amaze me.