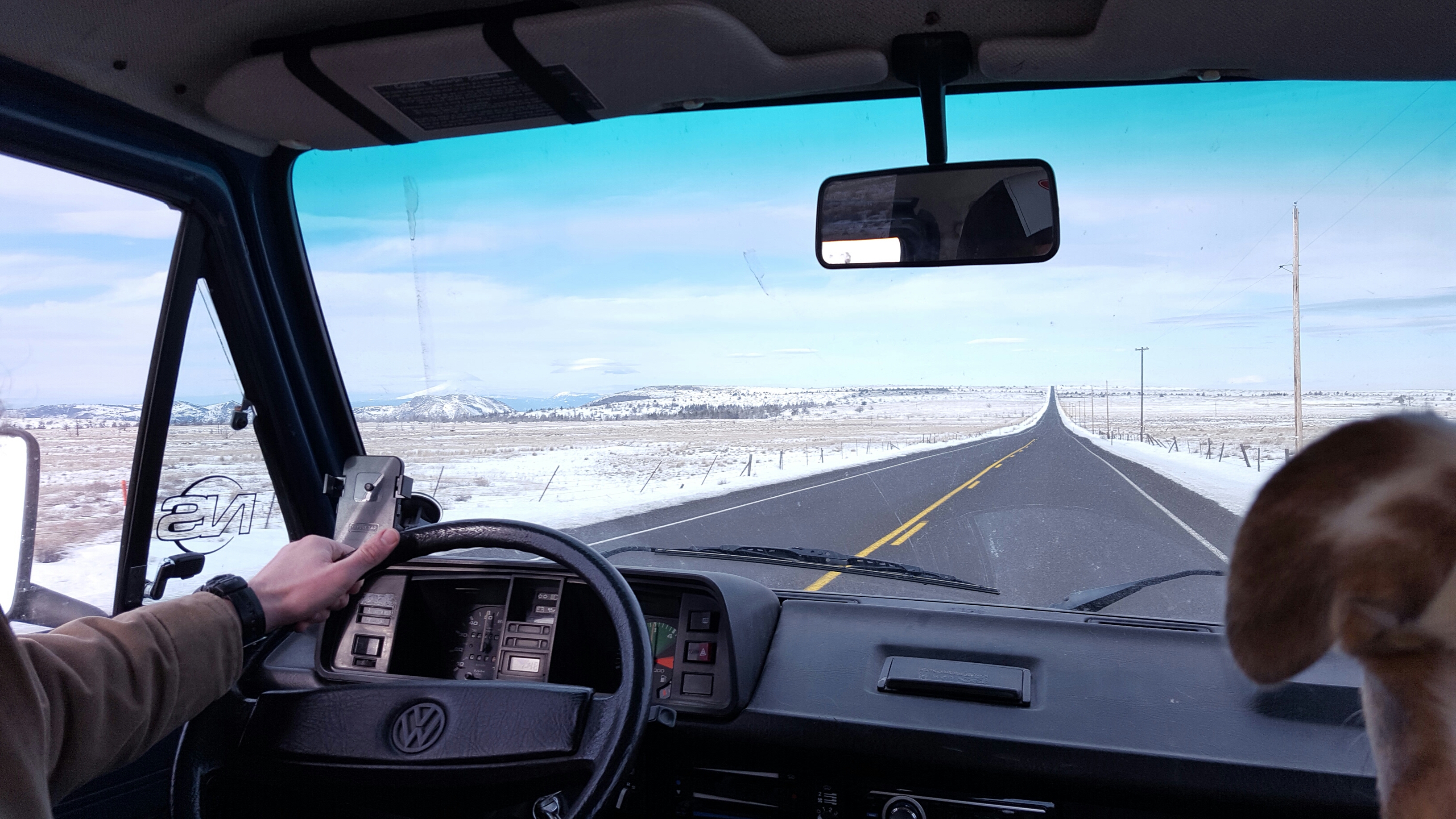 …and sometimes it doesn’t work out.

In December I let my sister know that I would be moving along come the end of January, which would give me the sense of urgency I needed in order to get things wrapped up. 30 days to sell the remainder of my non-necessities, to finish up the remaining van projects, and to get things in order for a couple months of travel.

At the end of December I had a wedding to photograph in the Portland area, and with my tiny house in Terrebonne, I knew I would need to make a drive north whenever the weather would allow. So a week and a half before the wedding, when the snowy roads were finally clear of ice, I made the jump. The drive north was an uneventful one, just the way I like it.

I would spend the following week and half in Portland, catching up with friends, and then photographing the two part wedding right before the New Year, then randomly photographing one more improvised wedding New Years Eve. From there I planned to roll south a few hours and spend the first couple days of the New Year with family, before going back over the mountains to wrap things up back at home.

That’s where it all fell apart. In the past few days the mountains, desert, and honestly the entire state, has been getting dumped on with snow. While it has stopped at the moment, it is so cold outside that it’s not going anywhere anytime soon. Very quickly my month is starting to slip by with me unable to get home. Looks like vanlife may have started a little earlier than expected. Usually my trips are eventful due to van failure, and just when I thought the van was dialed in and things would be smooth sailing for a bit, another variable throws a wrench in my plans.

Time to make the most of it. I am getting ready to head to my father’s place on the coast here shortly, where I will spend a day or two. Then off to Salem to go on a hike with a friend on Sunday. Eventually back to Portland to wait for a warm day to drive home on. On the upside, when you have a van, where you are is where you live!