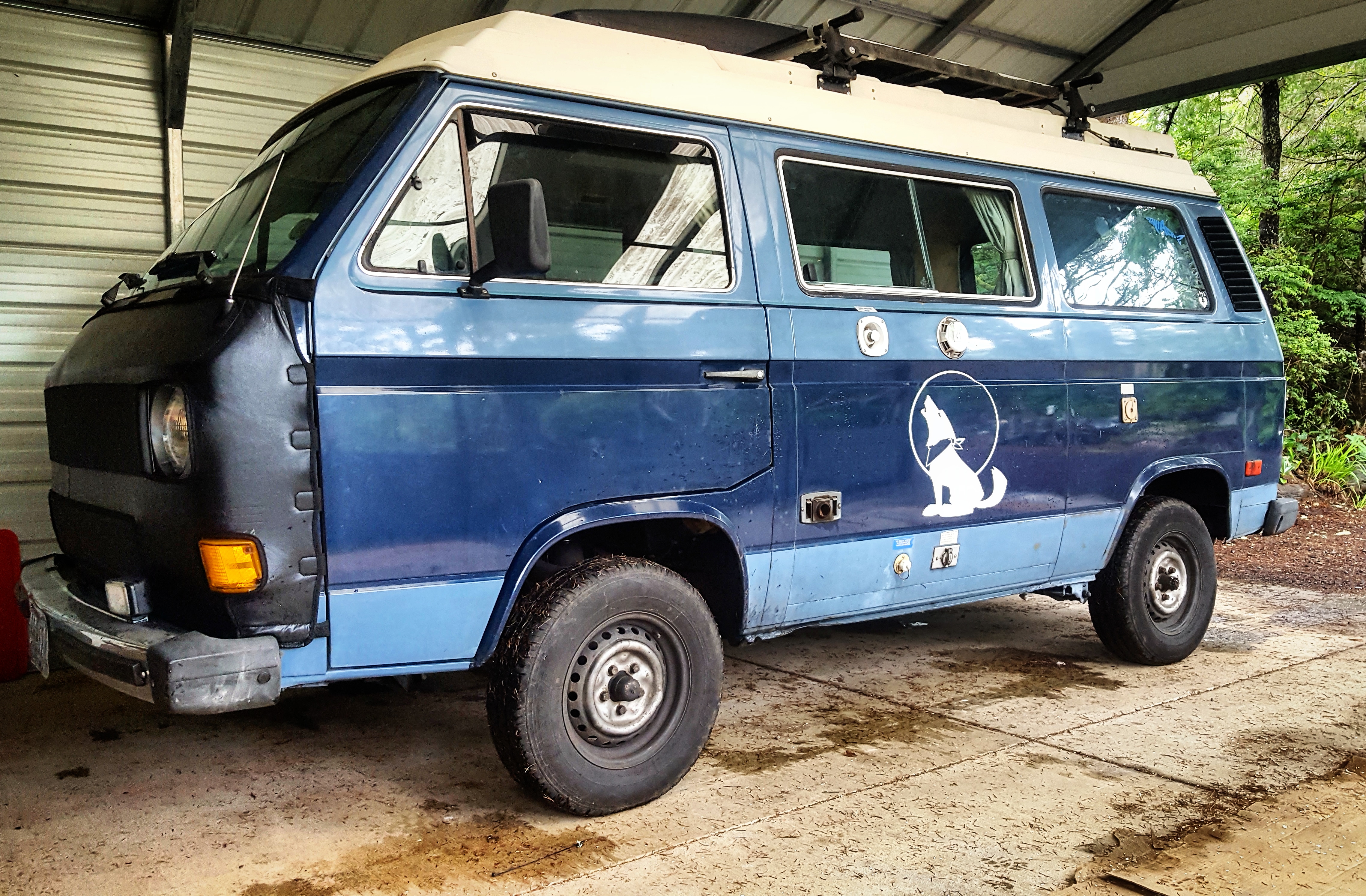 It was not the way anyone envisioned. It was a sad chain of events that resulted in a dramatic change of vans. Sometimes that is the way change comes about, a blink of an eye, a flash, an explosion – or in this case a thrown rod.

During my 2012 Vanagon trip, Vanagon 1.0, my Father joined me for a one month re-enactment of a trip him and I had done when I was about 8 years old. A road trip around the western states that included stops at the Redwoods, Yosemite, Yellowstone, Mt. Rushmore, Grand Teton, and Arches, to name a few. By the time we got back home this second time around my Dad had caught the VW Van bug, and so we set off to find him a pop-top VW. What we found was Moon Doggie.

Tucked away in a gated storage yard sat a 1984 VW ASI Riviera. The Riviera is like the Westfalia, in that it is a VW Vanagon base with a camper built into it by a second party vendor. The Westy was contracted through VW and built in Germany, where as the ASI was a company based here near Portland Oregon. The seller of this van had purchased it from some “old hippies” some years back. The big wolf and moon sticker on the side already there, the new owner used it as a band van and eventually named their band after it – Moon Doggie.

Over the next 5 years or so my Dad would upgrade parts and pieces of this van. In 2013 we would take the van on a trip down to Zion. You may remember a multi-week government shutdown that year. We happened to arrive in Zion the night before, so the next morning was politely asked to move along, as the park was closed. We left there and headed west, visited my Aunt, Uncle, and Grandma in Redlands, and then headed up the 101. When we blew a coolant hose, we unwittingly just re-attached and added coolant. Come to find out there is a whole process about bleeding the air out of these due to the engine being in the back and radiator in the front. That lack of knowledge would result in multiple overheating situations, and ultimately a blown motor around Eureka.

In 2014’ish he had the 1.9L rebuilt as a 2.2L; a pricey process. Sadly, after only about 10,000 miles, the engine unceremoniously threw a rod through the top of the block a couple weeks ago. For my Dad, that was it, he was done. He had spent a lot of money fixing this van up and he finally had spent enough.

My Vanagon had a fairly new rebuilt transmission from German Transaxle and a good running stock motor. When I offered it up to my Dad to swap into his van to get him back on the road, he flipped the offer back at me and graciously offered me his van. Last week the fine folks down at No Name Garage in Eugene moved the engine and transmission over, along with the power steering system. My van, that had been my home for numerous months, sat empty in their lot as I pulled away – destined to become a storage shed for a while as parts were sold off it. I’m not going to say it wasn’t a little sad to see it end like that.

But… I am really enjoying this new van, Moon Doggie, and looking forward to the many adventures it will accompany me on. As for my Dad, the lure of these vans is simply too much and he is already on the hunt for a Westfalia.