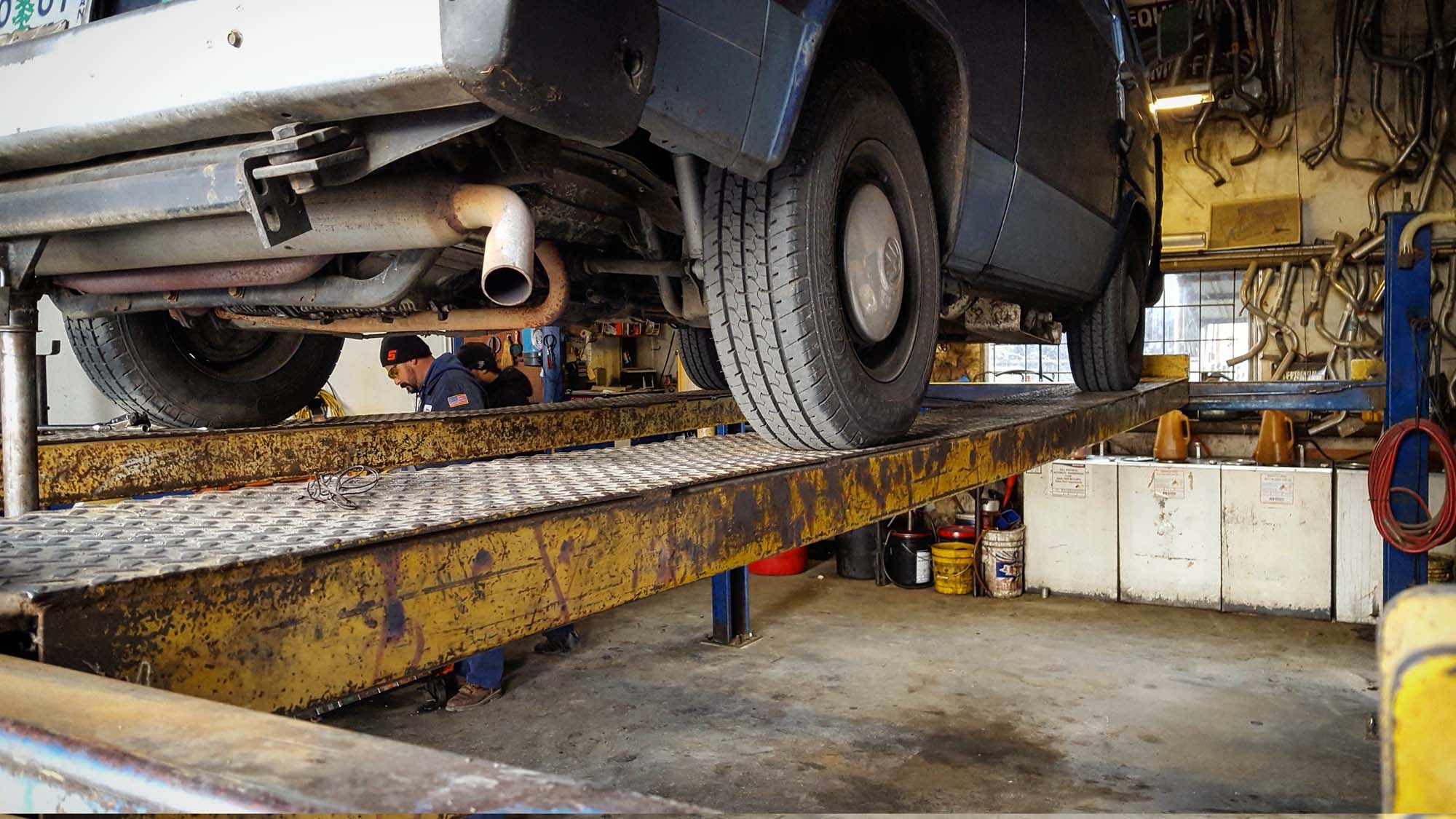 If you have been following along, my last post So you think you want a Vanagon huh?, addressed the romanticized concept of vanlife – specifically in a regards to the VW Vanagon. These vans are, at their newest, 25 years old and are all wearing out.  Mine and my dad’s are no different.

While my van is suffering through

snow and sub-freezing temperatures back in Bend Oregon, not to mention an engine transplant, I am down in sunny and warm southern California. As with all van trips though, the journey really is the exciting part. I will write another entry about how my Dad got sucked into the Vanagon owners group another day, I will just say that he too has a Volkswagen Van – an 84 ASI Riviera (it’s like a Westfalia, but was built by ASI in Beaverton Oregon).

Day one we cruised down I5 with no problems at all, headed for a hotel in Corning California; unlike mine, his cruises as 70MPH effortlessly, and surprisingly, quietly. That is until we stopped off in Red Bluff for some dinner. He noticed it first, saying the van sounded pretty loud and that he liked the growl it had. I on the other hand knew this story all too well. Back in September while on a drive to Seattle for a friend’s wedding, my van all of sudden got pretty loud and healthy sounding. I ignored it. Then, a guy pulls up beside me – I assumed he was going to wave and give me a thumbs up for driving such a cold old van – instead, he was letting me know that my muffler was falling off the back of my van. Before I could swerve to the shoulder, I glanced in my mirror to see my entire exhaust system skidding across the center lane of I5 and cars nearly wrecking to avoid hitting it. I got it back, finally, but it was destroyed – so I drove the rest of that trip with open headers, it was loud to say the least.

I knew that was what was happening and told my Dad we needed to check it out immediately. Sure enough, his j-pipe was breaking in the exact same place as mine. Lucky for him, it was discovered before it got strewn across a freeway. The next morning we cruised down to a muffler shop in Orland, just a short ways down the road from Corning, and had it fixed. That day we would be driving all the way to the Riverside area, an 8 or 9 hour drive in a car, which means about 12 hours in van time (will explain another day). Needless to say, leaving town hours later than expected was not optimal, but the shop really did a beautiful job on the repair though.

I am down in Yucaipa now, and will be for the next week or so, but am interested to see how things go on the way back. These vans require a lot of devotion, patience, and money, lots of money.